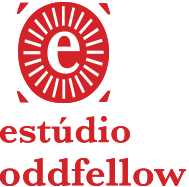 Music composed and performed by Joel Curtis with contributing scoring by ADSL Camels.

An unconventional encounter between maths, art and skateboarding.

This film documents a series of performances at the Palais de Tokyo in Paris, as well as the Institute of Contemporary Art Singapore and Sainte-Croix Museum in Poitiers.

The project originated after Carhartt WIP approached Isle skateboards to work on a collaborative collection.ISLE, which started in 2013, has always prided itself on artist led conceptually driven ideas. Carhartt WIP and ISLE could think of no one better than artist and fellow skateboarder, Raphaël Zarka to work with. When they approached Zarka, he had been researching the work of 19th Century mathematician Arthur Moritz Schoenflies.

Schoenflies was a master of geometry and crystallography. He had developed his own three dimensional models that specifically captivated Zarka’s attention, after he was inspired with their sculptural potential.

This film invites you to view Zarka’s large scale reconstructions of Schoenflies’ models, re-appropriated in a way never imagined before.